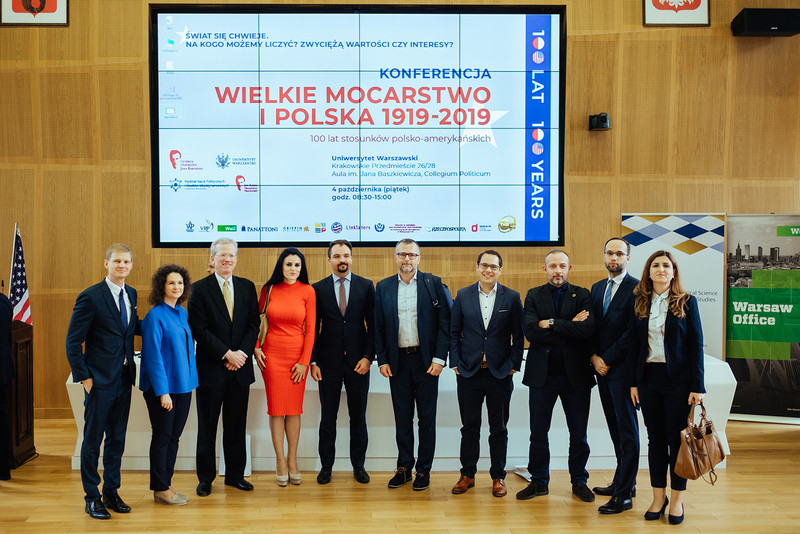 Georgetown Leadership Seminar alumni with its Director James P. Seevers at the conference The Great Power and Poland at the University of Warsaw on October 4, 2019 (Photo: Przemek Bereza)

The Jan Karski Educational Foundation is proud to announce the winners of the scholarship funded annually by the Foundation to participate in the Georgetown Leadership Seminar. This year’s recipients are Izabela Hrynek and Daniel Szczęsny, who will join other young scholars, civil servants, and leaders from all over the world for a week-long meeting to take place on October 27 – November 1, at Jan Karski’s alma mater, Georgetown University in Washington, DC. 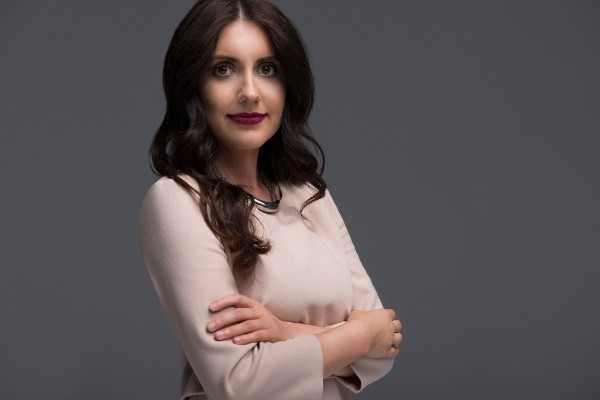 Izabela Hrynek is a lawyer and international expert with an extensive professional background in national government administration, international organizations, and global development projects. She currently works as a high-level legal advisor for the Polish Minister of Internal Affairs, delivering legal assistance on international cooperation regarding such issues as migration, border global development projects in Balkan states such as Kosovo, Montenegro, and Bosnia & Herzegovina, where she is fully engaged in adjusting their national legislations to international standards and best practices

In the past, she worked for international organizations in Kosovo, where she was deeply involved in conforming Kosovo national laws to international standards. As Chairman of the Litigation Risk Management in the European Union Office in Kosovo, she was a high-level advisor with challenging goals to deliver consolidated international positions on Kosovo legislation to the Government of Kosovo. As part of EULEX Mission in Kosovo, she provided comprehensive legal advice of importance for the Kosovo-EU Association Agreement and Visa Liberalization Roadmap. Also, since 2010, she has been volunteering for the Polish Association for Blind People. In 2011, she was awarded the Common Security and Defense Policy Service Medal from Ms. Catherine Ashton, in recognition of her service to the EULEX European Union Rule of Law Mission in Kosovo. Ms. Hrynek holds a Master’s Degree in Law from the Department of Law and Administration at the Jagiellonian University in Krakow, Poland. 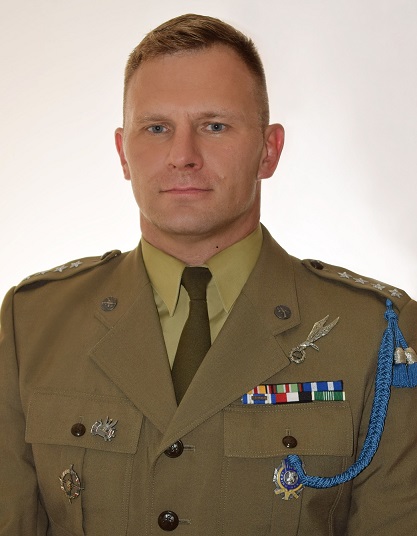 Daniel Szczęsny is guided by the motto of “the will is the executive power of reason.” As a result of his life experiences, he also often quotes the words of Jan Karski that were placed on the building of the Ministry of National Defense on the centenary of the birth of this wonderful Pole: “I was an insignificant little man. My mission was most important.”

Daniel Szczęsny deals with broadly understood domestic and international security and counteracting terrorism issues. Currently, he serves as the commanding officer of the Leopard tank company established in the structures of the 1st Warsaw Armored Brigade of Tadeusz Kosciuszko, where he manages and implements innovative, up-to-date survival training to prepare soldiers for the modern battlefield. In the past, he participated in many international projects. He has served in Iraq (2005-2006) and in Afghanistan three times (2013, 2015-2016, and 2017) as part of the International Security Assistance Force and later as Resolute Support Mission, where he was responsible for cooperation with civilians and later training Afghan intelligence service in the 201st Afghan National Army Corps. He has also completed and conducted several pieces of training as part of the NATO exercises in Poland. For his outstanding military service, he has been recognized with numerous honors and awards, including two American medals, The Army Commendation Medal by Department of the US Army and The Army Medal Achievement by Department of the US Army (in 2016 and 2017 respectively).

Mr. Szczęsny’s professional interests include issues related to the use of anthropological achievements towards the reduction of the use of violence in war conditions, the protection of civilians, and terrorism counteraction. In addition, he cooperates with the Polish Army Museum, co-organizing museum exhibitions and meetings with notable members of the military, and works with the Children’s Law Association on assuring that Polish family law complies with European family law standards. Mr. Szczęsny holds the title of management engineer from the Land Forces College and a Master’s Degree in Ethnology and Cultural Anthropology from the Department of Historical and Pedagogical Sciences at the University of Wroclaw, Poland.  Mr. Szczęsny has completed doctoral studies at the University of Wroclaw and is currently a Ph.D. candidate. His research interests focus on the process of building a propaganda image of Middle East relations with Poland during the period of Soviet domination in Europe. Mr. Szczęsny is a devoted husband with three children and a pet lover.

The selection process was conducted by Fundacja Edukacyjna Jana Karskiego, JKEF’s sister organization in Warsaw. It was based on rigorous professional criteria and included an essay on how Jan Karski’s legacy serves the democratic world today. Please read the essays written by Ms. Hrynek, who, in her reflections on the legacy of Jan Karski, stressed the importance of assisting European states in complying with the European Convention on Human Rights, and Mr. Szczęsny, who, recalled Karski’s insightful remarks about the choice that every person has: “To be a good or bad person.”

Founded in 1982, the Georgetown Leadership Seminar is the premier executive education program at Georgetown’s School of Foreign Service, where Jan Karski served as a distinguished professor for 40 years. It brings rising leaders from around the world to the campus for a week of intensive discussion on major international issues. The GLS vision is to promote dialogue on global affairs among individuals who will help shape the future of their organizations and countries.