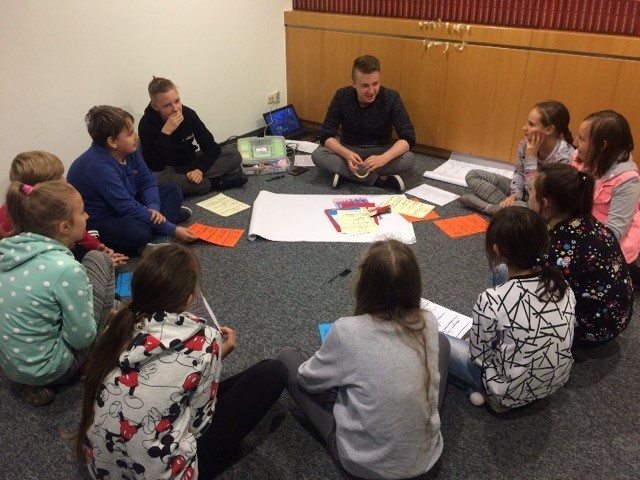 The Jan Karski Young Citizen Academy has been launched by Fundacja Edukacyjna Jana Karskiego (FEJK) in Warsaw, a sister organization of the Jan Karski Educational Foundation. Its goal is to educate young people about the ins and outs of government, public service, and non-governmental organizations (NGO’s), as well as to raise engaged citizens and future leaders.

In October, FEJK hosted high school students from the small Polish towns of Trzcianka, Górzno and Raciąż, and the students had a chance to see how a non-profit organization works. Then, they visited Sejm (the lower house of the Polish parliament) and the Presidential Palace. Students also had an opportunity to be immersed in the climate of multiculturalism, so well-known to Karski, by meeting representatives of different religious groups including Catholic, Judaic, Polish Reformed, and Orthodox. This was an incredible journey into the world of various doctrines and faiths existing side by side.

The program included an informative and inspiring visit to the National Museum in Warsaw. In addition, FEJK organized workshops on open patriotism, volunteering, and historic reportage. The objective of the latter is to prepare students for a great adventure of exploring their local history.

The Jan Karski Young Citizen Academy is organized by Fundacja Edukacyjna Jana Karskiego with a generous support of the Polish History Museum in Warsaw.