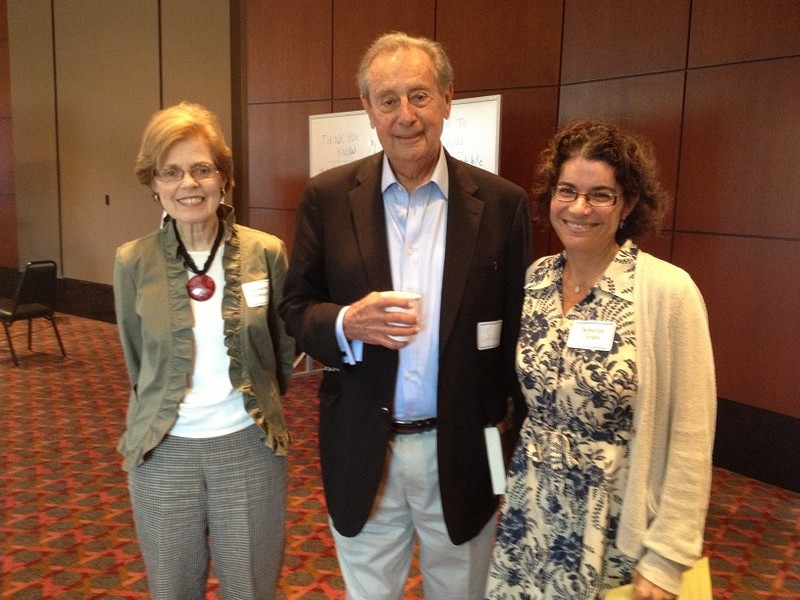 Jan Karski Educational Foundation President Wanda Urbanska made a three-hour presentation on the legacy of Jan Karski -- and how it can be used in the classroom -- on Monday, July 29, to the Summer Teachers' Institute at the Chizuk Amuno Congregation in Baltimore. Sponsored  by the Baltimore Jewish Council, the Jewish Museum of Maryland, and the Maryland State Department of Education, the Institute's 2013 theme wasConfronting Genocide: Heroism during the Holocaust.

Ms. Urbanska kicked off the morning by asking the group of 35 educators, librarians and students of the Holocaust if anyone knew the Karski milestone that had passed only the day before, on July 28. (One participant, Dr. Marcie Thoma of the Maryland State Department of Education and president of the Mid Atlantic Council of Social Studies, correctly cited the 70th anniversary of Karski's July 28, 1943 White House meeting with President Roosevelt.) A PowerPoint presentation on Karski's work for the Polish Underground during World War II followed, along with his personal narrative before and after the War. "In order to understand the Holocaust, you have to place it in its context in occupied Poland, and teach fundamentals about Polish history," she said. "For example, whenever you refer to Poland during the war, you should always couple it with the word 'occupied,' as in 'occupied Poland.' "

Educational resources developed by the foundation and partners such as the Polish History Museum and Google Cultural Institute were presented, including primary source documents on Karski. Clips from several videos were shown, including a segment from the documentary, Shoah.

"The presentation was excellent," said Lola Hahn, Development Director of Hillel at Goucher College, Baltimore, and a child of Holocaust survivors. "I want to commend the foundation for its work." Hahn was especially moved to learn more about Karski given that she had just returned from a trip to Poland with 16 Hillel students that included a visit to Survivors' Park in Karski's hometown of Lodz.

Before sitting down to a kosher luncheon, each Institute participant was presented by the foundation with a hardcover copy of the new authorized edition of Story of a Secret State, released by Georgetown University Press this spring. In the afternoon, 90-year-old Sol Goldstein shared his emotional testimony about liberating Buchenwald. The day's program ended with a presentation from Jonathan Willis, of the Maryland State Department of Education, about how to use source documents to incorporate Story of a Secret State in the classroom.