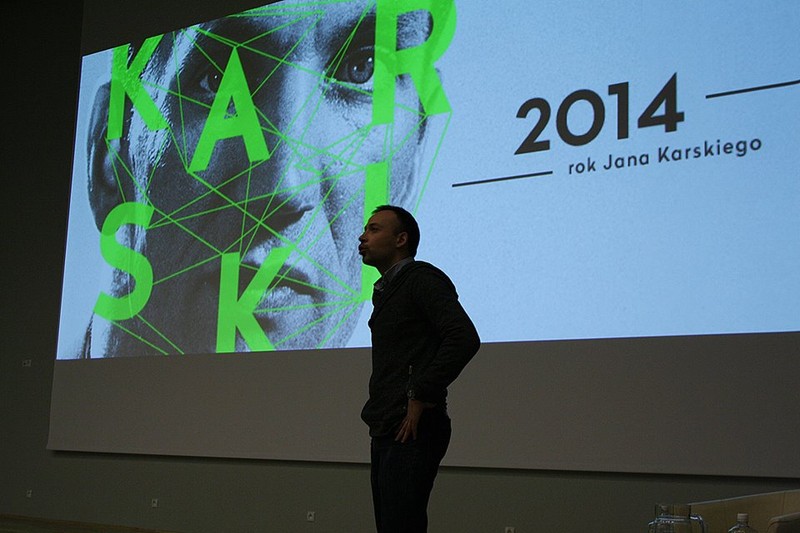 Warsaw, Poland – After a challenging selection process, Andrzej Fąfara and Szymon Pawlak have been selected to receive the annual Jan Karski scholarship sponsored by the Jan Karski Educational Foundation in cooperation with its sister foundation, Fundacja Edukacyjna Jana Karskiego, to participate in 2015 Georgetown Leadership Seminar at the Georgetown School of Foreign Service in Washington, DC. Ewa Junczyk-Ziomecka, President of Fundacja Edukacyjna Jana Karskiego (which administered the process) said the decision was particularly hard to make as all applicants presented extremely strong credentials.

Founded in 1982, the Georgetown Leadership Seminar is the premier executive education program at Georgetown's School of Foreign Service, bringing rising leaders from around the world to the campus for a week of intensive discussion on major international issues. The GLS vision is to promote dialogue on global affairs among individuals who will help shape the future of their organizations and countries.

Andrzej Fąfara is a Polish economist and diplomat. He graduated from the Faculty of Economics and International Relations from the Cracow University of Economics and is currently completing his Ph.D. degree at the Collegium of Socio-Economics of the Warsaw School of Economics. He is also a graduate of the Warsaw Academy of Diplomacy and the Center for Security Policy in Geneva. Since 2006, he has been working as a diplomat for the Polish Foreign Service, and has held posts in the Analysis and Trade Policy Unit of the Department of Foreign Economic Policy and the Policy Unit of the Office of the Minister of Foreign Affairs, and later, as First Secretary, in the Political Unit of the Embassy of the Republic of Poland in Ottawa. Since 2014, he has been promoted to Counsellor and has moved to the position of Deputy Head of Mission and Head of the Political Unit. In June 2014, Mr. Fąfara was chosen as the best up-and-coming diplomat in an annual survey conducted by the Embassy, Canada’s Foreign Policy Newsweekly.

Szymon Pawlak is a historian, educator and coordinator of educational projects at the Marek Edelman Dialogue Center in Łódź, Poland. After graduating from the University of Łódź with a degree in History in 2004, he worked as a high school history teacher for 4 years. In 2009 – 2011, he was the Łódź Region administrator of the Virtual Shtetl website launched by the Jewish Historical Institute. Since 2011, he has been working at the Marek Edelman Dialogue Center, where he is responsible for designing and launching its education department He has designed and carried out a number of educational projects devoted to the multinational and multicultural history of Łódź and Poland.In 2013–2015, he supervised the Center’s educational project “Jan Karski – Courier’s Club,” whose goal was to spread the knowledge of Karski’s life and legacy (pictured above). The project was organized in collaboration with the Jan Karski Education Foundation and the Polish History Museum and reached around 10,000 students and citizens of Łódź. In 2014, he was the coordinator of the project to commemorate Jan Karski’s 100th anniversary in Łódź on behalf of the Marek Edelman Dialogue Center. Its primary aim was to instill in Poles the values of tolerance, openness to other cultures and fight against xenophobia. Mr. Pawlak’s hobbies include sport and history. He is a self-defense and personal safety instructor.