Call for Education, Dialogue, and Diplomacy 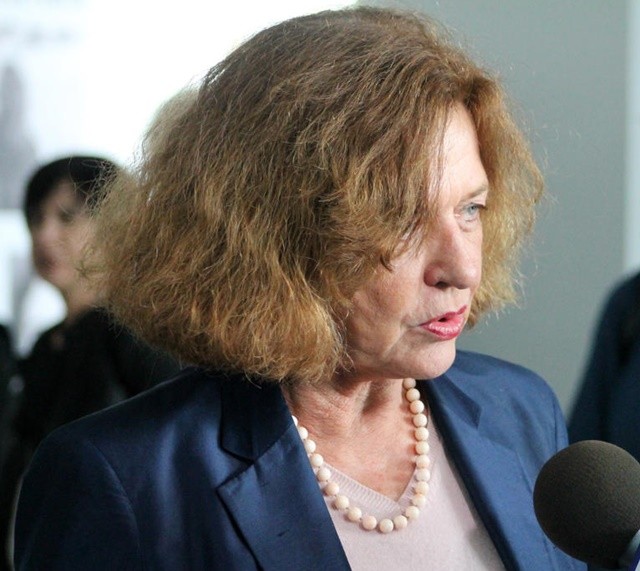 In response to the new legislation in Poland’s law penalizing all those who put the responsibility or co-responsibility for the Holocaust on the Polish state or Polish nation, President of Fundacja Edukacyjna Jana Karskiego (Jan Karski Educational Foundation’s sister organization, based in Warsaw, Poland), Ewa Juńczyk-Ziomecka talks in an interview about how Polish-Jewish relations were handled by previous administrations. She served as Secretary for Polish-Jewish relations under former President of Poland Lech Kaczyński.

Excerpts of the interview by Jacek Nizinkiewicz for Rzeczpospolita, originally published on February 5, 2018 (translated from the Polish)

Is the situation so bad?

What is the source of this dispute?

There are several factors linked to [Polish] internal politics that have led to this dispute. I listened with hope to what Prime Minister Mateusz Morawiecki said in Markowa. He clearly cares and is trying to save the situation. Had he said all that before the legal proceedings for the jurisdiction started, maybe we would have avoided this crisis and would have a discussion now instead. The Prime Minister himself admitted that different wording would have eliminated all doubts.

What can “different wording” mean?

He must have meant article No. 55, especially clause No. 1, which refers not only to this false, dishonorable phrase about "Polish death camps," but also about the penalization—in general—of the interpretation of historical facts. […] The timing, right before the Holocaust Memorial Day, was unfortunate, too, which was acknowledged by the Prime Minister, but the conflict is escalating. Many communities and institutions in Poland and abroad are debating how to improve Polish-Israeli and Polish-Jewish relations, something that politicians have been working on for years, and now politicians are hurting them. I remember when Lech Kaczyński won the presidential election, his first foreign interview was with Sever Plocker, an Israeli journalist. Asked about his policies towards Israel, Kaczyński said that they would be different than towards any other foreign partners.

Plocker must have been alarmed.

President Kaczyński added: “The relations with Israel should be like with cousins.”

What are the roots of Lech Kaczyński’s attitude toward the Jews and his attention to good relations with Israel?

His home. Lech Kaczyński said that there had been a lot of Jews among his parents’ acquaintances. His godmother was Jewish. She came from an assimilated family and survived the horror of the Holocaust. Besides, the brothers [Lech and Jarosław] were avid readers, they listened to conversations at their home, and witnessed the March events [of 1968], which Lech called “despicable.”

Many of Lech Kaczyński’s initiatives on Polish-Jewish relations were unprecedented.

It was Lech Kaczyński, at that time President of the City of Warsaw, who, in collaboration with the Polish Ministry of Culture and National Heritage, carried out the idea of transforming the project of building the Museum of the History of Polish Jews into a cultural institution in partnership with the public-private sector. This change enabled government and city funding, and as a result, the project kicked off. What is more, this mobilized international organizations and a lot of people around the world to join the initiative. Since then, the relationship with American Jewish communities and people in Israel has blossomed. […] In 2008, Kaczyński visited a Warsaw synagogue and participated in a Hanukah prayer, the first head of the Polish state ever to do it. Since then, he always lit candles in the windows of the Presidential Palace during this holiday. But President Aleksander Kwaśniewski too had an advisor for Polish-Jewish relations similar to the role I was given by Lech Kaczyński. Also, the Prime Minister’s office and the Ministry of Foreign Affairs had a counselor for Polish-Jewish relations. The President and the MFA organized trips to the US and Canada for the Righteous Among the Nations and survivors, who could meet with other Holocaust survivors. They were invited to the White House so that they could light candles on the Holocaust Remembrance Day to honor 6 million European Jews, murdered during the Holocaust. What is more, President Kaczyński consistently recognized Polish heroes who saved Jews from the Holocaust. He didn’t do it in the privacy of the Column Hall at the Presidential Palace, but at the Grand Theater in Warsaw. He did the same in Łódź and Rzeszów. He made sure that Polish-Jewish relations thrived in cooperation with organizations in the US and Israel as well as in Polish missions around the world.

Certainly. He worked on helping Ukraine join European Union. He also initiated difficult talks about our common past. He visited Pawłokoma, where, in 1945 Ukrainians kidnapped a group of Poles, which ended tragically. In retaliation, Poles murdered over 300 Ukrainians. Both the Polish and Ukrainian presidents visited the place with their wives to pay tribute to the victims. “We need to talk about the painful and difficult past openly, step by step so that we come up with one, fair assessment of all those war tragedies. All tragic events in Powłokoma and Wołyń […] should be clarified through a dialogue of the politicians, historian and common citizens. Strong and lasting reconciliation can only be built on the truth,” he said in Powłokoma in 2006.

It has been eight years since Lach Kaczyński’s death.

And his legacy needs to be continued, also by those who worked on the international dialogue back then, including Jarosław Kaczyński. In 2006, as the Prime Minister, he contributed to the initiative thanks to which UNESCO changed the name “Auschwitz-Birkenau Camp” to "Auschwitz-Birkenau—German Nazi Concentration and Extermination Camp (1940-1945).” When Lech Kaczyński was still alive, history was never told by legislation. Diplomacy and dialogue, as well as the cooperation with Jewish communities in Poland, were sufficient.

As [Polish] Consul General in New York I often met with this incorrect phrase. Usually, this resulted from ignorance, or it was used in the geographical sense, which does not change the fact that it is unacceptable. We did a lot together with the Kościuszko Foundation and Jewish organizations in America to stop that. Obama knew Karski’s biography, but someone added this false phrase to his speech, and he automatically read it. However, he corrected it automatically through diplomatic action. He sent a letter to President Komorowski. […] This incident, of course, proved that education in the US is necessary. But both then and now, I am not for penalization, but for education and diplomacy.

Perhaps, if people around the world still talk about “Polish death camps,” education and diplomacy are not enough?

This phrase must disappear from the public discourse. But please do not suggest that the thousands of people in Poland and abroad who have arduously and consistently working on this issue have lost the battle. It is worth reminding ourselves that at least for half a century after the end of WWII, the discussion about what had happened then had been conducted without the Polish voice. We are trying to catch up and Polish historians, non-government organizations, as well as diplomats, have done a lot.

The street where the Embassy of Israel is located is now fenced.

It is very sad that after years of freedom and education the Embassy of Israel is barricaded. Against whom? Against Poles? Even though I don't like some of the statements that have come out of the Israeli side or declarations of some of the politicians from the Israeli opposition, there is no excuse for anti-Semitism. The Polish-Israeli conflict has unleashed what looks like deeply hidden anti-Semitic sentiments. Some of the comments on the Internet are terrifying. Not only the anonymous ones, mind you. Self-control has failed to such an extent that many people sign their names.

The anti-Semitic attitude has also entered the public media, and nobody is being held responsible.

I can’t understand this clemency. I have talked to a friend of mine, a Holocaust survivor, whose wounds have healed in the last thirty years and the painful memories of the time when she was being hidden, faded. Today, she is losing the sense of safety in Poland, which is her homeland. “So, I am a kike again?” she asks after reading a Twitter post by a journalist. And she bursts into tears. And I join her in crying. However, crying will not help, but a categorical and immediate reaction to any form of anti-Semitism.

The Israeli side is not without blame.

I respect the Ambassador of Israel, Ms. Anna Azari, but she should not have appealed to the Polish government to change the legislation during her appearance on the occasion of the 75th anniversary of the liberation of the German Nazi camp in Auschwitz-Birkenau, on the Holocaust Memorial Day. I didn’t like the fact that in such a place, and on such an occasion, the focus is shifted from the victims of such a horrible crime. This site and circumstances call only for silence and prayer. The Ambassador probably was forced to do it because of the struggle of power in Israel, where the radical right, together with the centrist opposition party Yesh Atid and its leader, Yair Lapid are gaining momentum. This situation complicates the crisis. It is not good.

Why is the Polish-Israeli conflict resonating in the US?

There is a big and strong Jewish diaspora in the US. A lot of most important Jewish organizations, which work on preserving the Holocaust remembrance and on supporting Israel, have their headquarters there. If the Americans face the choice who to support—Poland or Israel, I am afraid they will choose Israel, the country which from its very beginning has been fighting for its existence with the help of the United States.

[Polish Minister of Science and Education] Jarosław Gowin said that Poland had been entangled in this conflict?

By whom? I don’t understand what he meant. It looks like joggling with stereotypes: "conspiracy," "enemies," "entangled," and claiming that we live on a desert island surrounded by foes only. We have many friends all over the world, and we need to make sure we don't lose them.

Would President Lech Kaczyński [have signed] this legislation?

If the Smoleńsk tragic plane crash had not happened, everything would have been different. Probably this conflict would never have taken place.

The Polish version of the interview in its entirety can be read here.