Announcing the Recipient of the Spirit of Jan Karski Award 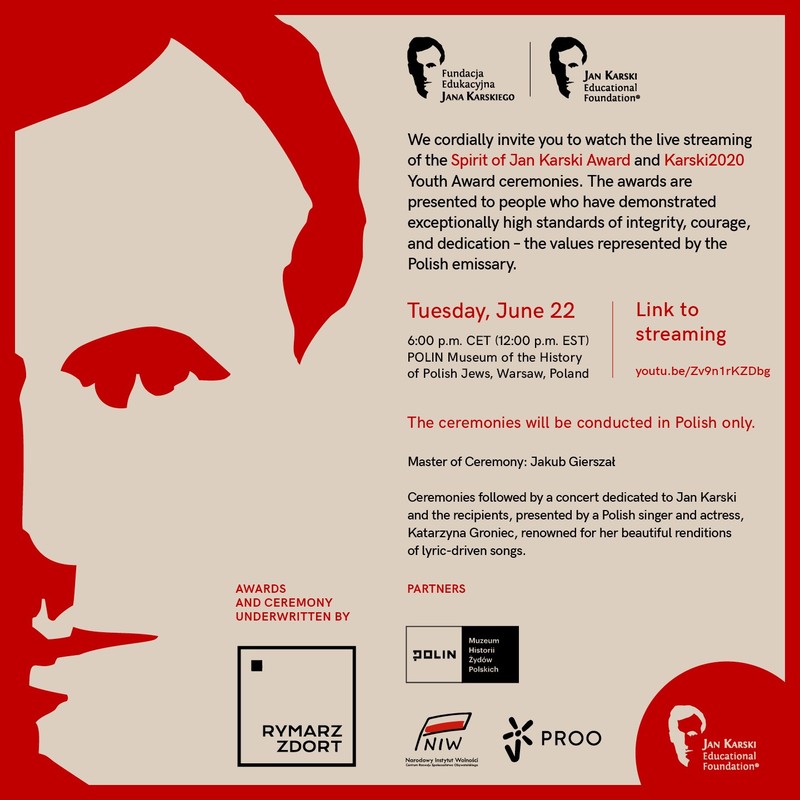 Warsaw, June 14, 2021: The 2021 Spirit of Jan Karski Award, presented by the Jan Karski Educational Foundation, will go to a Belarusian opposition activist, Maria Kalesnikava*. The award ceremony will take place on June 22, at 6:00 PM (12:00 AM EST) at the POLIN Museum of the History of Polish Jews in Warsaw, Poland. (See the link to live streaming below.) 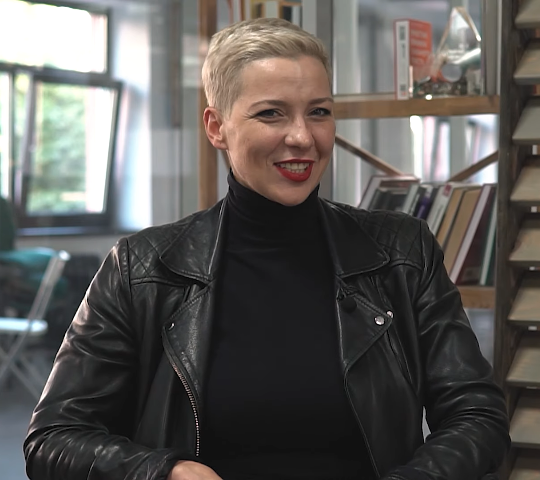 “I am certain that Karski would approve of our decision,” said the Chairman of both Foundations, Andrzej Rojek. “We decided to recognize Kalesnikava’s steadfast resistance to Lukashenko’s regime and her courage to demand civil rights for the persecuted opposition activists.”

Professor Timothy Garton Ash, British historian and expert on Central and Eastern Europe who will deliver laudation at the ceremony on June 22, said, “Kalesnikava is one of the heroes of the great peaceful fight for freedom in Belarus. It is hard to imagine a more worthy recipient of this award.”

In addition to the Spirit of Jan Karski Award, three young Poles (30 years old or younger) will be honored – for the first time in the Foundation’s history – with the Karski2020 Award for fortitude, sacrifice, and courage that they demonstrated during the pandemic. The following activists are pillars of reliance and hope for the less advantaged members of their communities and will receive the Karski2020 Award:

·         Urszula Woźniak, a medical student, who has been taking care of COVID-19 senior patients and organized voluntary hospital work among medical students;

·         Aleksandra K. Wiśniewska, who participates in humanitarian action in war zones, including Yemen;

·         Tomasz Głażewski, a medical doctor who takes care of homeless people and has founded the “Ambulance of the Heart” Foundation.

“We wanted to recognize and honor their contributions, especially because they have been operating without any publicity and in extremely difficult conditions,” said President of Fundacja Edukacyjna Jana Karskiego, Ewa Junczyk-Ziomecka

The Spirit of Jan Karski Award is awarded by the Jan Karski Educational Foundation in New York and its sister organization in Poland, Fundacja Edukacyjna Jana Karskiego, to individuals who, through their actions, have demonstrated the values represented by Jan Karski. The Foundations recognize those who have distinguished themselves by defending human rights and dignity, by speaking out against racism, and who guard ethnic and religious groups and sovereign nations to build an open and tolerant society. For information about the history and mission of the Foundation, please see https://www.jankarski.net/en/about-us/foundation-history.html. Previous honorees are listed at https://www.jankarski.net/en/about-us/spirit-of-jan-karski-award-2.html.

The ceremonies will be conducted in Polish only and will be followed by a concert dedicated to Jan Karski and the recipients, presented by a Polish singer and actress, Katarzyna Groniec, renowned for her beautiful renditions of lyric-driven songs.

WATCH THE EVENT LIVE ON JUNE 22 AT Spirit of Jan Karski Award - YouTube.

The event is organized by the Jan Karski Educational Foundation and Fundacja Edukacyjna Jana Karskiego in cooperation with the POLIN Museum of the History of Polish Jews, the National Freedom Institute (NIW), and the Civil Society Organizations Development Program (PROO). The awards and ceremony are underwritten by the Rymarz Zdort Law Firm.

Jan Karski (Jan Kozielewski; 1914-2000) was a Polish Catholic who is widely viewed as one of the most credible witnesses of Nazi atrocities in occupied Poland during World War II. As an emissary for the Polish Underground State, he carried classified information from the Resistance on the ground in occupied Poland to the Polish government-in-exile, first in France and later in England. In 1942, in disguise, he twice entered the Warsaw Jewish Ghetto and later penetrated a Nazi transit camp to see Jews being herded to their deaths. With these eyewitness accounts, he traveled under an assumed identity to London and later to Washington DC, where, in July 1943, he met for one hour with President Roosevelt in the White House to inform him about the ongoing genocide and destruction of his beloved country. Tragically, the Allies choose not to act on his report. He became a professor at Georgetown University, where he taught and shaped future leaders for 40 years. His publications include his wartime memoir Story of a Secret State and The Great Powers and Poland: From Versailles to Yalta, which presents a comprehensive analysis of Poland’s geopolitical position in 1918-1948. Karski was a Pole by birth, a naturalized American, and an honorary citizen of Israel. He received top Polish honors, and in 2012, he was awarded a posthumous Presidential Medal of Freedom.

The Award and Ceremonies Underwritten by 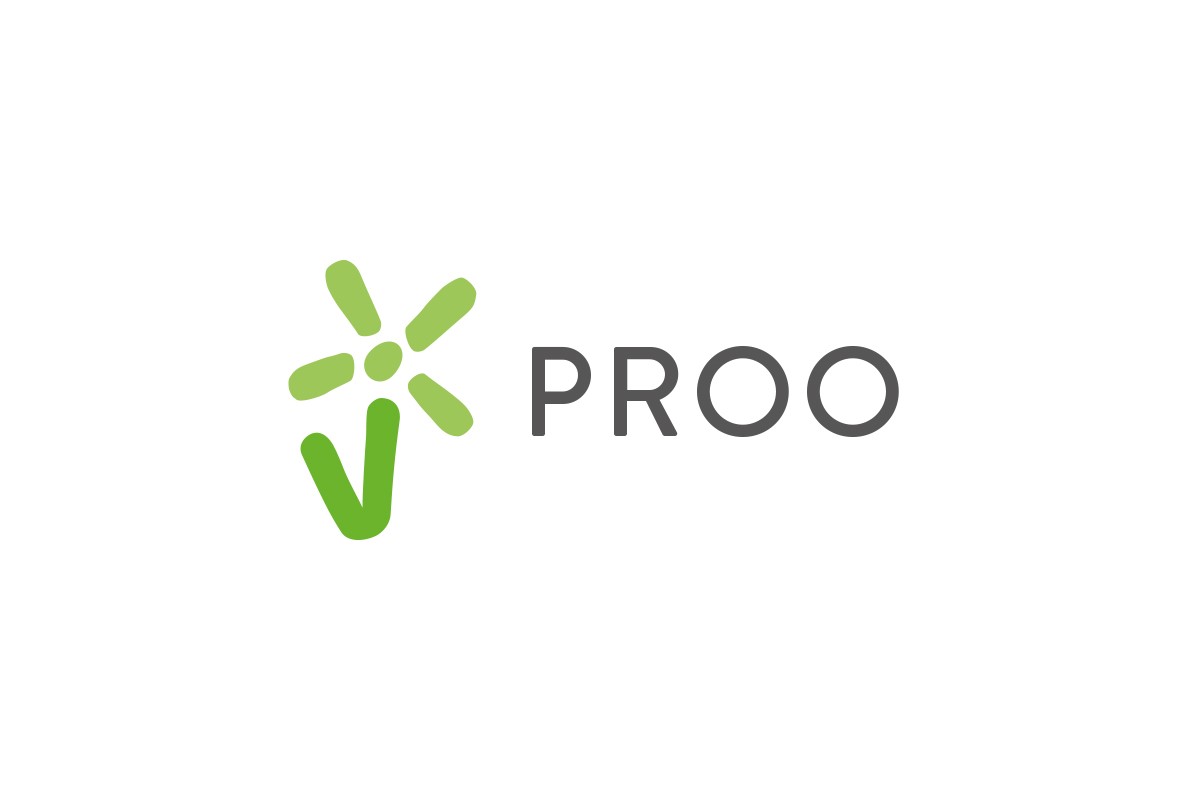 *Some sources spell her last name as Kolesnikova.