Why We Need Karski Today 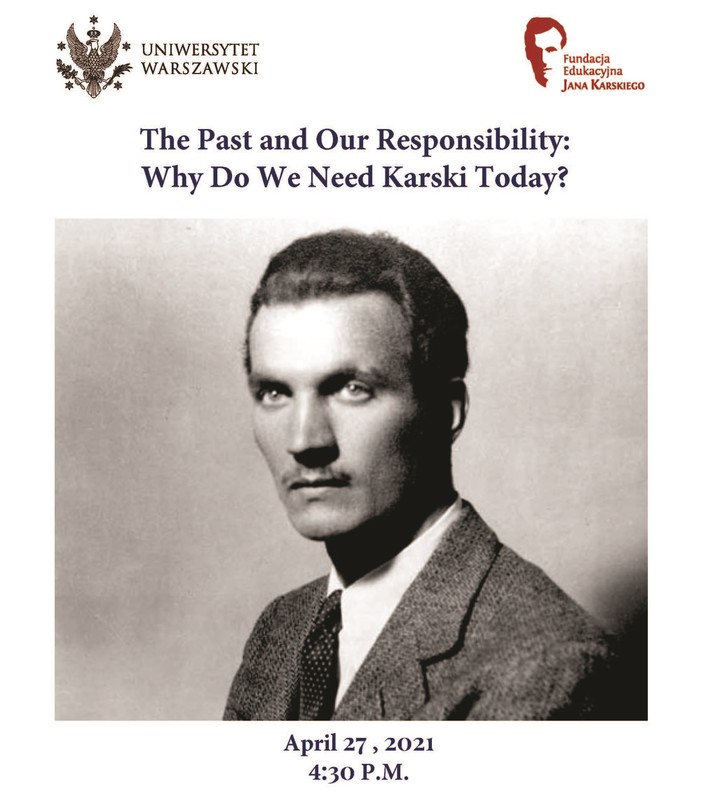 Warsaw, Poland – The contemporary implications of the Karski legacy were the focus of the online panel discussion organized by the University of Warsaw in collaboration with Fundacja Edukacyjna Jana Karskiego (sister organization of the Jan Karski Educational Foundation) on April 27, 2021. Two important dates lie behind the timing of this event: on April 19, 1943, the Jewish residents confined within the walls of the Warsaw Ghetto and ruthlessly persecuted by the Nazis decided to revolt against their oppressors in what became a failed Uprising; and on April 24, we celebrate the anniversary of Jan Karski’s birth.

The meeting, entitled “The Past and Our Responsibility: Why Do We Need Karski Today?” and conducted in Polish started with an address by the President of the University of Warsaw, Professor Alojzy Nowak, who emphasized Karski’s compassion and an ability to see the humanity in those who were suffering. 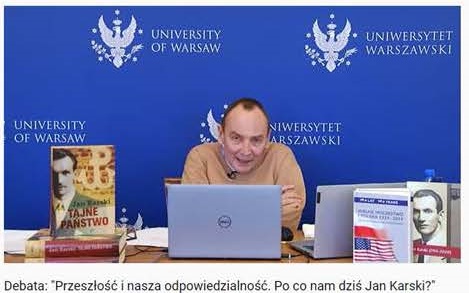 Professor Włodzimierz Borodziej (right), a historian and writer, expert on contemporary European history and Polish-German relations, and the meeting’s moderator, then introduced three panelists: Ewa Junczyk-Ziomecka, President of Fundacja Edukacyjna Jana Karskiego; Professor Dariusz Stola, historian and author on numerous books and articles on Polish-Jewish relations; and Professor Katarzyna Kasia, who teaches History of Philosophy and Aesthetics and Philosophy of Culture at the Academy of Fine Arts in Warsaw.

Ewa Junczyk-Ziomecka presented the history of two sister organizations – the Jan Karski Educational Foundation in the United States and Fundacja Edukacyjna Jana Karskiego in Poland – which grew out of the Jan Karski Centennial Campaign. This initiative resulted in the Presidential Medal of Freedom, the highest civilian recognition in the U.S., presented posthumously to Jan Karski in 2012. (Ms. Junczyk-Ziomecka, then Consul General of the Republic of Poland in New York, was instrumental in energizing the Polish-American, Jewish, and Georgetown University communities and launching the Campaign). She also talked about various educational initiatives that both foundations pursue in Poland and America that aim to promote Karski’s story and legacy and, most of all, present young people with a supreme role model.

A short biography of Jan Karski was presented by Prof. Dariusz Stola, who argued that the most important value that comes from Karski’s mission for the contemporary world is the substantive and unbiased way he communicated his reports. 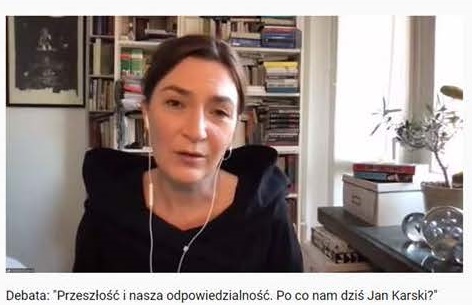 Dr. Katarzyna Kasia discussed the challenges Karski faced when trying to convey the truth. There are usually three sources of reports from traumatic experiences such as the Holocaust: the survivors, witnesses, and perpetrators. In order to be effective in his reporting, Karski had to prepare a concise speech that would not bore the listener and, at the same time, would communicate essential information, something that today is called an “elevator speech.” She underlined the fact that by relating the same event over and over again, the speaker re-lives the experience he or she narrates. Ms. Kasia argued that despite Karski’s photographic memory and seemingly detached way of registering the given information, Karski’s in-person reports must have been impassioned. Otherwise, he would not have been able to make an impact on the listener. She also discussed how the truth sometimes is too hard for people to accept even if faced with solid and unquestionable evidence. Still, she argued, we have to talk about the truth no matter how inconvenient it is.

Fundacja Edukacyjna Jana Karskiego and the Jan Karski Educational Foundation want to express their gratitude to the University of Warsaw for providing a platform for this stimulating discussion and for the ongoing collaboration on promoting the Karski legacy.

The video recording of the debate (in Polish only) can be seen here.