To instill in people - especially youth - the values of leadership, courage and integrity, as exemplified by the life of Jan Karski.

In the midst of World War II, Jan Karski was dispatched by the Polish Underground to inform Western Allies about the reign of terror in German Nazi-occupied Poland and to seek intervention. Karski’s courageous mission, against all odds in the darkest of hours, qualifies him as Humanity's Hero.

The Foundation grew out of the successful Jan Karski US Centennial Campaign, which placed Dr. Karski's name in nomination for the Presidential Medal of Freedom in December 2011. President Obama awarded the posthumous Medal on May 29, 2012 at a White House ceremony.

The Jan Karski Educational Foundation presents the Spirit of Jan Karski Award to individuals who through their actions have demonstrated the values represented by Jan Karski and have distinguished themselves by defending human rights, speaking out against aggression and on behalf of the integrity of ethnic and religious groups and sovereign nations. 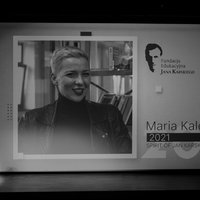 Outrage over 11 Years for Maria Kalesnikava

Maria Kalesnikava, a Belarusian opposition leader, musician, and recipient of 2021 Spirit of Jan Karski Award, sentenced to 11 years in a correctional colony for her involvement in political protests. 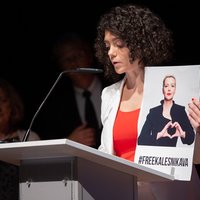 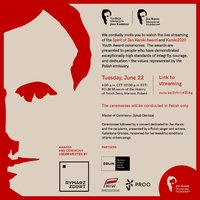 Announcing the Recipient of the Spirit of Jan Karski Award

The Jan Karski Educational Foundation announces the recipient of the 2021 Spirit of Jan Karski Award. 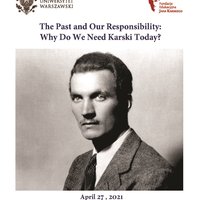 Why We Need Karski Today

An online panel discussion organized by the University of Warsaw and Fundacja Edukacyjna Jana Karskiego focused on the contemporary implications of the Karski legacy. 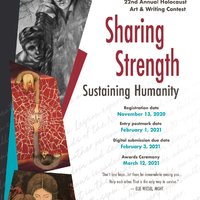