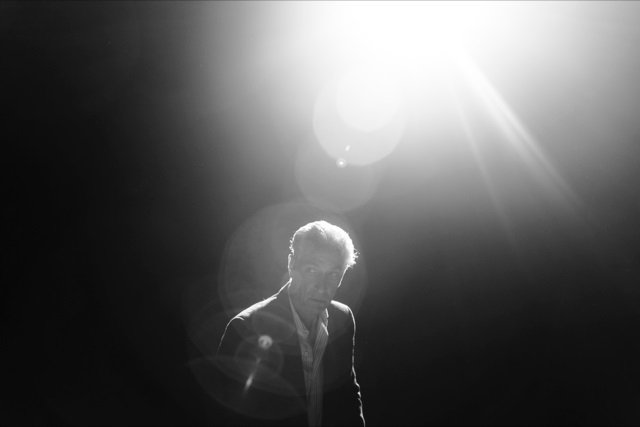 An exclusive presentation of the movie Remember This, starring the Academy Award-nominated actor David Strathairn as Karski, took place on May 16, 2022, at the Collegium Politicum at the University of Warsaw, Poland. The event gathered many prominent invitees, as well as UW faculty and students. The date chosen for the event bore a particular significance: on May 16, 1943, Germans blew up the Great Synagogue of Warsaw in a symbolic act to suppress the Ghetto Uprising, which, on that day, tragically came to an end.

This special screening was organized by the Department of Political Science and International Studies at the University of Warsaw and Fundacja Edukacyjna Jana Karskiego with the support of the Jan Karski Educational Foundation.

In her opening remarks, President of Fundacja Edukacyjna Jana Karskiego, Ewa Junczyk-Ziomecka, recounted the story of the theatrical production on which the movie is based and its presentations in the U.S. and London to wide critical acclaim and enthusiastic media coverage. In addition, she shared her observations about the contemporary relevance of the play, especially in the context of the war in Ukraine.

The movie’s producer, Eva Anisko, made a trip from London specifically to participate in the presentation and in the post-screening discussion, moderated by Prof. Agnieszka Bieńczyk-Missala, professor at the Department of Political Science and International Studies and a Georgetown Leadership Seminar alumnus. The panel discussion “Lesson of Jan Karski and the Role of a Witness in the 21st Century” also included Krystyna Budnicka, a Holocaust survivor and member of the Association of the Children of the Holocaust, Prof. Roman Kuźniar, Director of the Institute of International Relations at UW, and Agnieszka Lichnerowicz, Radio TokFM reporter.

Eva Anisko stressed the need to get involved in social activism, to do something for others. “If we cannot act, let’s at least be civil to each other,” she said.

Krystyna Rudnicka recalled her experience as a witness to the Ghetto horrors and the last day of the Uprising.

Prof. Roman Kuźniar earnestly talked about the unconditional courage of Jan Karski. “He was ready to pay the highest price,” he said. He enhanced his remarks by quoting poems by the Polish poet Zbigniew Herbert.

Agnieszka Lichnerowicz noted that each generation has its own witnesses. Hers has been challenged with bearing witness to the war in Ukraine.

Members of the audience were invited to ask questions. Eva Anisko, when asked why she decided to make the movie, said, “After I watched the play, I became certain that it has to be seen by others, too, and that I was going to help the creators to make it happen.”

Viewers were impressed by David Strathairn’s performance and ability to portray both the victims and perpetrators. They also inquired about when they would be able to see the live performance in Poland. People who knew Karski shared their recollections of the Polish emissary.

The movie Remember This is based on a play co-written by Derek Goldman and Clark Young, Remember This: The Lesson of Jan Karski, which premiered at Georgetown University during Karski’s centennial celebrations in 2014. The movie was directed by Jeff Hutchens (also Director of Photography) and Derek Goldman and produced by Eva Anisko. The official premiere is scheduled for later this year. More information about the movie can be found here.

Click here to purchase the script of the play.

Related pictures: Special Presentation of the Karski Movie in Warsaw