"Too Distant to Care?"— Interview with Nicholas Kristof 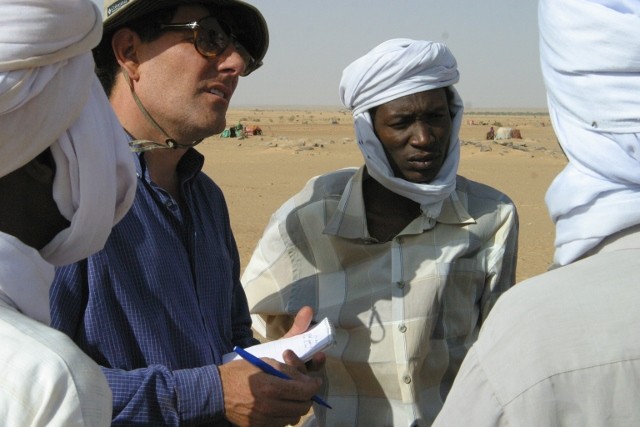 Too Distant to Care?

The famous observation that “a single death is a tragedy, a million deaths is a statistic” seems to resonate today with unexpected strength. In one of your recent columns, you compared a Syrian girl to Anne Frank as if you wanted to give the Syrian crisis a “face.” Do you think a “face” of a tragedy is necessary to make people respond?

Yes, I do. In my reporting, particularly on Darfur, I was so frustrated with the lack of response that I turned to the work of some people in social psychology, and to Professor Paul Slovic in particular. He examined what makes people care and one of his conclusions was that we are structured, if you will, to feel compassion not for groups of people, but for individuals, and we respond much more to an individual story. That led me to try to create a pathway of empathy for global problems and that is what I do in my stories and in my books.

Do you consider the war in Syria and the refugee crisis the most pressing issue today?

There are so many urgent issues and I hate to be pressed to rank them, but certainly, it is one of the central problems. There are more than 60 million refugees or migrants worldwide; the war in Syria has claimed an estimated 470,000 lives so far and keeps on going. Unfortunately, there are plenty of global problems that keep us occupied and which I deeply care about – climate change, the ongoing catastrophe in South Sudan, women’s issues, or sexual exploitation.

Isn’t this a bit overwhelming? In another column, you claim that we care more about the death of a dog than of a human being. Have we completely lost compassion? It seems like we have a crisis in this area, too. 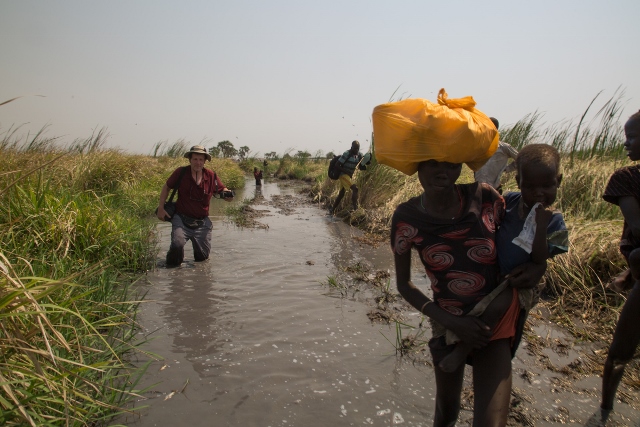 People indeed feel overwhelmed by the scale of global problems we face today, but I think it relates to that tendency to tune out large scale suffering. Any single response to a tragedy feels like a drop in a bucket, but I would argue, that drops in a bucket matter. We may not be able to solve the problem of 60 million displaced people, but we can fairly easily solve the problem of a single family that has been displaced and is struggling. For that family, it is completely transformative. The best example of that is the story of my family.

Your father was a refugee, right?

Yes, and he was taken into this country [as a refugee] in 1951, which was completely transformative for him. And for me. My father’s original last name was Krzysztofowicz. He and his family were involved in the Polish resistance and a courier route for the Polish underground. A relative was caught red-handed with microfilms on our family property on the Romanian-Polish border. Some family members were arrested on the Polish side and taken by Germans to Auschwitz, where they died. My father and a few others were arrested on the Romanian side, where Germans had influence but not full control. My family paid a large bribe and my father was released, but one cousin remained in prison until Romania switched sides. When he was celebrating the end of the war at church, the Soviets arrested him on the suspicion that he would spy for the Polish free government. He was too pro-Western. They sent him to Siberia, where he died in a gulag.  So I saw the toll of the war in my own family.

Did his experience have an influence on your stance?

Definitely. My dad’s experience certainly helped shape my view on refugees and made me particularly indignant whenever I hear refugees or immigrants denounced in such a harsh way. This is one of the reasons I am so passionate about this issue.

What are a journalist’s responsibilities? To report or perhaps more? To raise awareness, to influence opinion, or to provoke action?

I think that a lot of us went into journalism in the hope that we could make a difference in some way. When we are only covering the lives of celebrities or politics of the day, then I think we are missing an important element of what journalism can do. Journalism can ideally help place neglected issues on the agenda, and when an issue is not getting enough attention, we can shine the spotlight on them. We are in the “lighting” business.

Do you feel you have that obligation?

I do, although giving attention to an issue does not guarantee that action will follow, as Jan Karski found out, but at least it is a necessary step.

Information about the treatment of the Jews during WWII was on the last page of the New York Times and some people claim that if Facebook had existed during WWII, the Holocaust would never have happened. Do you subscribe to this view?

I’d be wary of making such a judgment because Facebook existed even as half a million Syrians were killed and the world pretty much averted its eyes. I do think that social media, images, and video clips make distant suffering more visceral and make it somewhat harder to ignore, but as humans, we do have an amazing capacity to look away when we don’t really know what to do and to avert our eyes when people are victimized. And we say, oh, “these are Jews,” or “these are Syrians,” – “they are different from us.” So maybe social media would have helped during WWII, but I don’t think the outcome would have been necessarily different.

You apparently inspired Melinda and Bill Gates to focus their charitable work on global health issues. What do you consider your biggest accomplishment as far as inciting people to action through your journalism?

There a few issues where I think I helped – along with others – get more attention to them and made a difference. One is Darfur, one is sex trafficking around the world and one is probably reproductive health, and especially obstetric fistula. In each case, the victims are getting more attention and more resources.

You have written several books, including China Wakes, Half the Sky, and A Path Appears, with your wife Sheryl WuDunn. I can imagine that collaboration with a spouse can be challenging.

People often ask us how we can write books together and stay married [laughs]. The truth is that we have three kids and if you can raise three kids together, writing a book together is a piece of cake [laughs]. Sheryl is really a wonderful writer and editor.

In what circumstances did you first hear about Karski?

I had a very vague awareness of Karski, but it was really Samantha Power’s book A Problem from Hell, which talks about Karski, that made me aware of what he had done. My father’s family's involvement in the Polish resistance created in my mind some connection with him, too.

Why is he such an important figure?

Because the issues that revolved around his life are those we face all the time and in all kinds of places: how we, as a society respond to distant oppression and suffering. There are these incredible figures in the Polish resistance, like Jan Karski and Witold Pilecki, and it is mind-boggling what these people did. They sacrificed so much and fought so hard to grab the world by the collar, and say, “Pay attention!” and yet, the world shrugged. And now there are other “Karskis” trying to do the same thing, to expose the same kind of issues and that gives Karski a continuing relevance.

I think the refugee crisis would be high on his agenda. Not since WWII have we seen so many people on the move, so desperate, and risking their lives for better, safer existence. And again, there really is no determined effort to address their needs. By that I mean not just taking them in, but also dealing with the forces that are driving them from their homes, which is ultimately the way one resolves the issue.

Do you think that promoting the Karski legacy can help solve today’s problems and conflicts?

Yes, I think that part of these problems are so vast that it helps provide role models that inspire us to do the right thing. Karski is an extraordinary example of courage and determination and he can be used to inspire not just empathy but action on behalf of those who need it.

The Spirit of Jan Karski Award Ceremony took place on November 1, 2016, at The New School in New York. See our report from the event here.