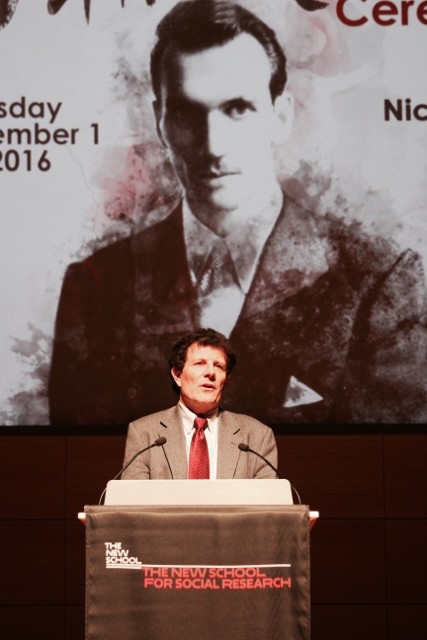 Nicholas Kristof speaking to the audience at The New School (Photo: Julian Voloj)

See related picures below and more on JKEF Facebook page.