The images from the graphic novel Karski's Mission: To Stop the Holocaust were used for the presentation about the Polish courier

Teachers always look for new, innovative ways of presenting material to their students, and comic books and graphic novels have recently become particularly popular. That is why the award-winning graphic novel Karski’s Mission: To Stop the Holocaust drew the attention of the educators who attended the 65th Florida Council for the Social Studies Conference, which took place on October 14-16 in Orlando, FL. The Jan Karski Educational Foundation was represented at this annual conference for the 6th time, and its booth attracted many social studies teachers, most of whom had never heard of Karski. They found out about his life during World War II, his famous mission, his post-war career in academia, and his persistent advocacy. They also had a chance to review books by and about Karski and learn about JKEF’s mission and leading projects. 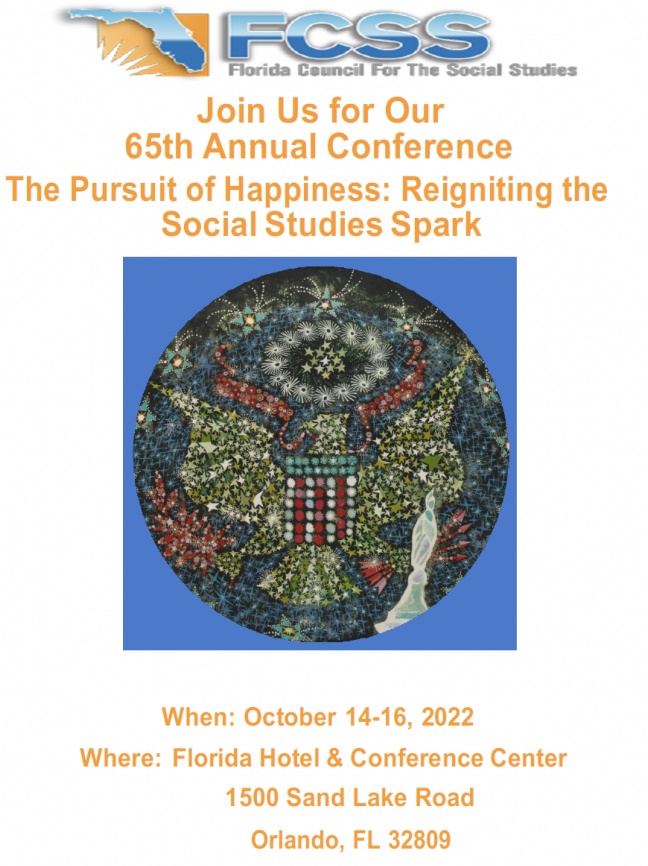 A senior at Flagler College, gaining a degree in Deaf Education, was particularly excited about the graphic novel because, as she said, deaf students respond to visual aids especially strongly. She plans to use Karski’s Mission when she becomes a teacher at the School for the Deaf, which is her dream. A poster of the movie Remember This also attracted the participants’ attention. Most of them are familiar with the work of David Strathairn, who portrays Karski in this award-winning film, and were thrilled about this project.

The talk about Karski, “Bearing Witness to the Holocaust and Now,” was presented at the conference by the Jan Karski Educational Foundation’s Director of Programming, Bożena U. Zaremba. During her presentation, she focused on the most critical elements of Jan Karski’s story, such as his Catholic upbringing in the multicultural city of Łódź, the law degree from Lviv University and diplomatic internships, escape from the POW camp, his famous mission to bring his eyewitness report about the ongoing slaughter of the Jews to the Western leaders, and life in the U.S. after the war. In this part, she incorporated the images from Karski’s Mission. In the second part, she discussed the relevance of the Karski legacy and the values he represents to current events, such as the response of governments, media, and individuals to the war in Ukraine. She pointed out similarities between the excuses employed by Nazi Germany and the Soviet Union in their invasions of 1939 and the Russian aggression in 2022, as well as the atrocities committed by the aggressors. She also talked about the treatment of the Jews during WWII versus Ukrainian refugees and discussed the media coverage of the Holocaust in the 1940s and of the current war in Ukraine.

Thanks to a generous donation from Carole Bilina, the Jan Karski Educational Foundation gave away the graphic novel classroom sets to the teachers who committed to presenting the Karski story to their students.

We thank the FCSS for organizing such a fruitful conference and for their continuous support of the Foundation’s mission.