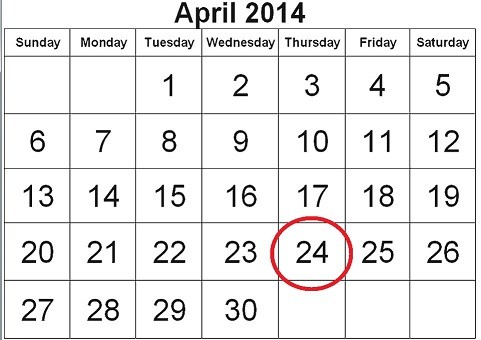 Washington DC - The Board of Directors of the Jan Karski Educational Foundation welcomed the introduction of legislation on March 5 in the United States Senate naming April 24, 2014 as "Jan Karski Day", celebrating the legacy of the famous emissary from the Polish Underground during World War II who was among the first to provide eyewitness testimony to Allied leaders about the Holocaust in occupied Poland.

Members of the Board wish to thank the three US Senators who were instrumental in the initiative. Sen. Robert Menendez (D-NJ), Chairman of the Senate Foreign Relations Committee, introduced the resolution, and Sen. Mark S. Kirk (R-Illinois), and Sen. Richard J. Durbin (D-IL), Majority Whip and a Member of the Senate Foreign Relations Committee, are the original co-sponsors of the resolution.

"We are overjoyed that the United States Senate has chosen to honor Jan Karski by designating his one hundredth birthday as Jan Karski Day," says foundation chairman Andrzej Rojek. "We note that in the spirit of Jan Karski, this was a bi-partisan effort. Thank you Senators Menendez, Durbin and Kirk for your leadership. It is the vision of our foundation that groups and communities – Republicans and Democrats, Christians and Jews – work together to build bridges of trust to make our world a better, and safer, place."

Wlodzimierz Cimoszewicz of the Polish Parliament, his senior staffer Melchior Szczepanik along with the Polish Ambassador to the United States Ryszard Schnepf, Jan Karski Educational Foundation President Wanda Urbanska and Ewa Wierzynska of the Polish History Museum have been working on this initiative for over a year.

“I was lucky enough to study under Professor Jan Karski as a student at the Georgetown University School of Foreign Service,” Senator Durbin said.  “He was an inspiring man who touched the lives of many people, and his spirit and compassion was displayed countless times both in Poland and the United States.”

Jan Karski was born in Lodz, Poland on April 24, 1914, the youngest of eight children in a Roman Catholic family. He was a reserve officer in the Polish Armed Forces when the country was attacked in September 1939 first by the German Nazis and later by the Soviets. His war memoir, Story of a Secret State, was published to great acclaim in 1944, and re-issued in 2013 by Georgetown University Press. After the war, Karski became a naturalized American. In 1994, he was made an honorary citizen of Israel. President Barack Obama decorated Karski with a posthumous Presidential Medal of Freedom on May 29, 2012.

“Countless men and women owe their thanks to Jan Karski's bravery during World War II, and it's important for us to remember his fearless dedication while exposing the horrors and injustices of the Holocaust,” Sen. Kirk said. “More than 1 million citizens of Polish descent currently reside in Chicago, and it is important to continue to honor Karski’s legacy and the rich history he shared with our nation.”

Wanda Urbanska, President of the Jan Karski Educational Foundation says that she cannot think of a hero who better represents Polish and American values. "Jan Karski stands for courage, tolerance and respect of all religions and cultures – a diversity that has been part of the history of both nations," she says. "I am pleased and proud that Americans and Poles can claim him as their own – and both are right!"

The mission of the Jan Karski Educational Foundation is to instill in the people of the United States – especially its youth – the values of leadership, courage, integrity and humanitarian action as exemplified by the life of Jan Karski. Further, foundation leaders seek to have Karski's books and legacy taught in the schools and adopted by mainstream media.  For more information, visit www.jankarski.net.