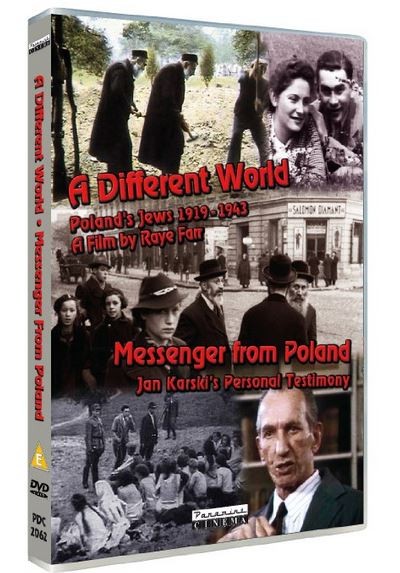 A new DVD, "A Different World & Messenger From Poland," has been issued in commemoration of the 70th anniversary of the Warsaw Ghetto Uprising.

It includes a film about Jan Karski called "Messenger from Poland." This film narrates Karski’s story in his own words.

Additionally, a second film “A Different World” is about the time in Poland between the world wars and the relationships of different ethnic groups.

The DVD was directed by Raye Farr and produced by Emmy Award winner Martin Smith. Both films were originally produced in 1986.

The video is available for sale on Amazon.com or from Panamint in the UK.