To instill in people - especially youth - the values of leadership, courage and integrity, as exemplified by the life of Jan Karski.

In the midst of World War II, Jan Karski was dispatched by the Polish Underground to inform Western Allies about the reign of terror in German Nazi-occupied Poland and to seek intervention. Karski’s courageous mission, against all odds in the darkest of hours, qualifies him as Humanity's Hero.

The Foundation grew out of the successful Jan Karski US Centennial Campaign, which placed Dr. Karski's name in nomination for the Presidential Medal of Freedom in December 2011. President Obama awarded the posthumous Medal on May 29, 2012 at a White House ceremony.

The Jan Karski Educational Foundation presents the Spirit of Jan Karski Award to individuals who through their actions have demonstrated the values represented by Jan Karski and have distinguished themselves by defending human rights, speaking out against aggression and on behalf of the integrity of ethnic and religious groups and sovereign nations.

What Would Karski Tell Us about Ukraine Today? 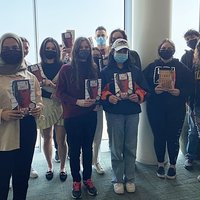 Karski: The Beacon of Hope 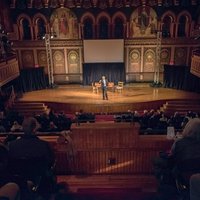 Remember This: The Lesson of Jan Karski Returns to Georgetown University

Georgetown University will host the critically-acclaimed play "Remember This: The Lesson of Jan Karski" on May 14-22. 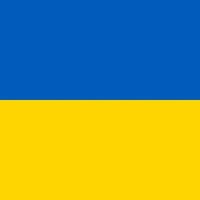 We encourage everyone to take active steps against the Russian invasion of Ukraine. 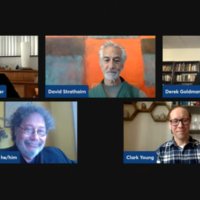 Karski – Let’s Take Care of Each Other

Report from the webinar with the creative team behind the play "Remember This: The Lesson of Jan Karski"