Zbigniew Brzeziński Has Passed Away. Poland and the Foundation Have Lost a Friend. 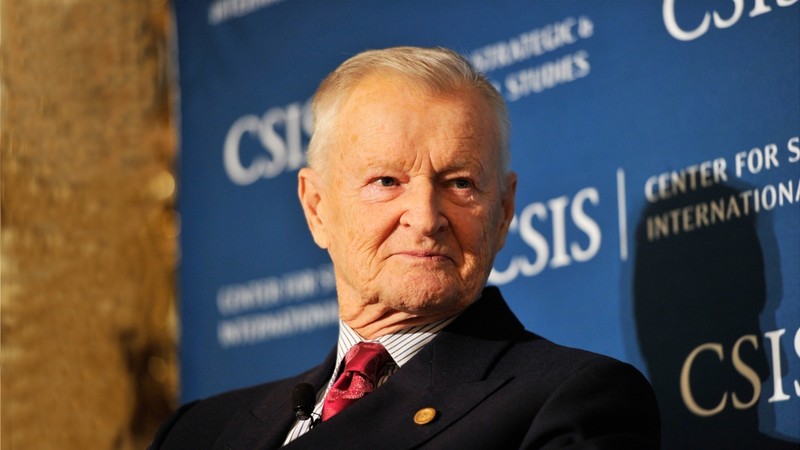 Zbigniew Brzezinski at the Center for Strategic and International Studies (Photo: CSIS)

Zbigniew Brzeziński, a Polish American statesman who served as a National Security Advisor under President Jimmy Carter, an intellectual, brilliant speaker, and an important voice in international affairs, as well as an admirer of Karski and supporter of the Karski legacy, died on Friday, May 26 at the age of 89. Here is the remembrance by the Chairman of the Jan Karski Educational Foundation:

On behalf of the Jan Karski Educational Foundation, I would like to express words of sadness on the passing of Zbigniew Brzeziński, and to offer our deepest condolences to his family.

It was March 18, 2013—during a seminar at Georgetown University honoring Jan Karski—that Zbigniew Brzeziński recalled, in his distinctive accented, yet perfect English, his first meeting with Karski. It happened at his parents’ house in Montreal, when Karski was travelling to the US to report on the ongoing Holocaust in Nazi German occupied Poland to President Roosevelt. As always, Zbig (as he was commonly called) spoke with clarity and conviction, and perfectly characterized Karski’s personality and his concern about the fate of the Jews. Brzeziński summarized the story in a note, which he had allowed us to publish in the new edition of Karski's Story of the Secret State (2013, Georgetown University Press).

We first approached Brzeziński years earlier, during our efforts to award Karski the Presidential Medal of Freedom—efforts that Brzeziński heartily supported. He agreed to co-sponsor our letter to President Obama requesting a posthumous award to Karski and was one of its signatories.

When in summer of 2013, we presented a concept of the Jan Karski Educational Foundation to Professor Brzeziński at his Center for Strategic and International Studies office, he enthusiastically endorsed the idea, reminding us how much there was to do to popularize the life and accomplishments of Karski in Poland and the US. He promised support, inquired about our organization, our goals, and members of the Foundation’s Board. Since then, we have received numerous messages from him with words of encouragement.

We will miss his presence and his support. We know that he wanted us to carry on Karski’s mission.

Please read the story about the Tribute to Karski on March 18, 2013, with a link to a transcript of the discussion panel, in which Brzeziński shared his story and provided insightful comments.