The Karski Legacy Beyond the Obvious – Towards Reconciliation and Tolerance 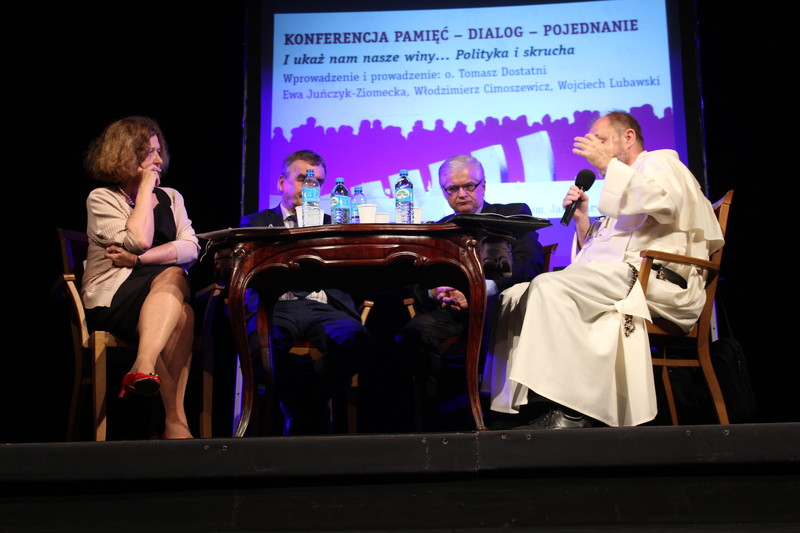 Poland – Representatives of the Jan Karski Educational Foundation and its sister organization in Warsaw, Fundacja Edukacyjna Jana Karskiego, participated in recent conferences that covered a wide range of current issues, such as European identity, human rights and anti-Semitism.

In her talk “Who is the hero, who is the enemy: How to build common patriotism” Jan Karski Educational Foundation Board member, Ewa Wierzyńska talked to the audience at a two-day seminar that took place on May 12-13 in the city of Oświęcim*. The seminar focused on the issues that Europe is currently facing, such as the influence of nationalism and patriotism on universal human rights, European solidarity, defense of the rights of minorities, refugee crisis and the future of Christianity. The necessity of cultivating the founding principles of the European Union – aid, solidarity and brotherhood – was also addressed. Speakers included the former Polish Minister for Foreign Affairs, Adam Rotfeld, former judge and president of the Polish Constitutional Tribunal, Andrzej Zoll, and the Polish Ombudsman, Adam Bodna. Lively discussions followed the presentations. The event was organized by Oświęcimskie Forum Praw Człowieka (Oświęcim Forum for Human Rights) and the city of Oświęcim. The honorary sponsorship was provided by the Polish Ombudsman.

On May 9, the President of Fundacja Edukacyjna Jana Karskiego, Ewa Junczyk-Ziomecka, spoke at a conference "Memory – Dialogue – Reconciliation: Spiritual Aspects of Forgiveness” organized by Jan Karski Society-Institute for the Culture of Encounter and Dialogue (based in Kielce). The main theme of conference was the so-called Kielce Pogrom of 1946 – the killing of 42 Jews, incited by a false rumor of a ritual murder by the local Jews. During a panel entitled “And Show Us Our Faults: Politics and Remorse” moderated by Fr. Tomasz Dostatni, Ms. Junczyk-Ziomecka quoted the late President of the Republic of Poland, Lech Kaczyński, by saying that “in the free and democratic Poland there is no place for anti-Semitism.”

Other presenters included the Chief Rabbi of Poland, Michael Schudrich, the Primate Emeritus of Poland, Archbishop Henryk Muszyński, the former Prime Minister of Poland, Włodzimierz Cimoszewicz, and the Mayor of the City of Kielce Wojciech Lubawski. During the conference Rabbi Abraham Skórka, the head of the Polish Council for Christians and Jews, was presented with the “Man of Reconciliation” award. The conference served as a reminder of this tragic page in the Polish history, but at the same time called for reconciliation and the fight against prejudice.

*The notorious Auschwitz Nazi concentration camp was built there.

Related pictures: The Karski Legacy Beyond the Obvious – Towards Reconciliation and Tolerance