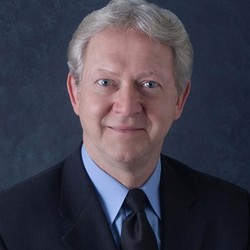 Leonard Kniffel is a writer and librarian and former publishing executive for the American Library Association in Chicago. He is creator and publisher of the “@ your library” public awareness website (www.atyourlibrary.org), and he was editor-in-chief and publisher of American Libraries, the magazine of the American Library Association, from 1996 to 2011 and was a member of the editorial staff beginning in 1988. His most recent book is titled "Musicals on the Silver Screen: A Guide to the Must-See Movie Musicals," published in 2013 by Huron Street Press. His earlier book, "Reading with the Stars: A Celebration of Books and Libraries," was published in 2011 and features interviews he has conducted over the previous ten years with such luminaries as President Barack Obama, entertainers Julie Andrews and Jamie Lee Curtis, Microsoft founder Bill Gates, former First Lady Laura Bush, and sports legend Kareem Abdul-Jabbar. He worked as a librarian for 18 years at the Detroit Public Library and has traveled extensively as a journalist and ambassador for reading through the International Federation of Library Associations and Institutions. He is also the author of "A Polish Son in the Motherland: An American’s Journey Home", a travel memoir published in 2005 by Texas A&M University Press. He blogs for the American Library Association (americanlibrariesmagazine) and independently at Polish Son (polishson.com).